According to writer Mark Twain, ‘cauliflower is nothing but cabbage with a college education’. This uniquely versatile veggie has graduated above its many cousins, …. broccoli, brussels sprouts, cabbage, collards, kale and kohlrabi to become the sophisticate darling of the species. Delicious raw, fried, grilled, pickled, riced, roasted, steamed or sautéed.

Cauliflower ‘rice’ came on the scene as a popular grain-free alternative to rice. As with many food trends, the ‘riced’ craze has continued using other veggies like sweet potatoes, broccoli, carrots, onions, and peas.

Making your own riced vegetables is even easier than in days gone by. Just trim, chop and pulse your veggies in a food processor. Cook with a quick steam or sauté and flavor with some fresh herbs and spices. Of course, you can always change it up with other chopped veggies, nuts, or a sprinkle of cheese.

Riced cauliflower makes an interesting pizza crust. A different texture than the traditional bread dough crust but loaded with flavor. It’s sort of firm, chewy and soft all at the same time. I had tried this idea some years ago and we quite liked it so why not try it with a different topping and have it again!

At an early age, I remember my mother ‘teaching‘ me the art of making scalloped potatoes. It came down to very thinly sliced potatoes sprinkled with flour, salt & pepper then covered with scalded milk and baked. I think it was dotted with butter and quite possibly topped with bread crumbs. For that matter, there might have even been a few thinly sliced onions involved but I have to admit, I’m a bit fuzzy on that. As plain and simple as it was, it tasted glorious to us.

This scalloped potato recipe starts with Yukon Gold potatoes. They have loads of great flavor and are a beautiful color both when they are raw as well as when they are cooked. For this particular recipe, keep the skin on the potato as it will add loads of fiber to the dish.

Food trends come and go and nothing highlights this more than looking up old recipes. Still eaten today, scalloped potatoes were the prolific side dish of the 1920s. Dairy was no longer rationed and the rich casserole took full advantage of this. 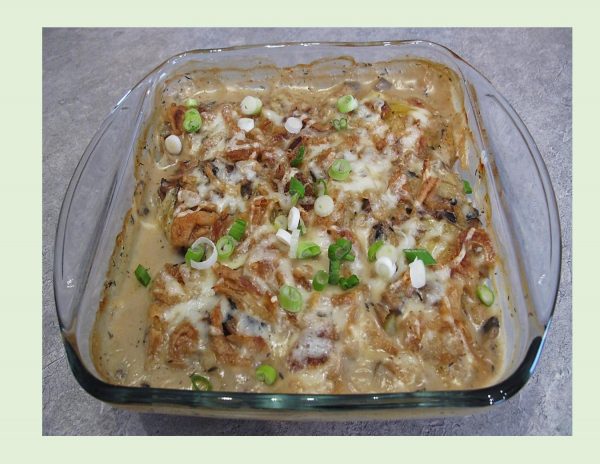 Classic pelmeni are dumplings of Russian cuisine that consist of a filling wrapped in thin, unleavened dough. There is debate about the exact place of origin with Ural and Siberia both maintaining strong claims. This Russian comfort food is part of the group of Eastern European dumplings like ‘vareniki, pierogis and uszka’. The word “pelmeni” describes the ear-shaped appearance of these dumplings. Fillings generally consist of ground meat such as pork, lamb, beef or mushrooms as well as salt, pepper and sometimes herbs and onions.

In Russia’s Far East the locals replace meats with salmon to make a native version of this common national dish. This is an exotic region with a unique climate, landscape, flora and fauna. Basic fruits and vegetables that grow in most Russian home gardens must be shipped to this region because of its harsh climate does not allow much to grow. Dairy products are also imported at high cost so they rarely are found in the local diet.

Fish and seafood are the basic staples in the Far Eastern diet and are not delicacies for special occasions as is the case in Russia’s European and Siberian regions. Fish is often used instead of meat in cooking common Russian dishes such as cutlets, cabbage rolls and pelmeni.

Back in March of this year (2021), I had posted a blog about traditional pelmeni containing beef filling. We enjoyed that meal a lot and have since had it numerous times with various fillings. After doing some research, I realized that fish pelmeni was a ‘real thing’. I had also seen an idea from the internet about using salmon and pastry to form a ‘salmon rose’. I thought, why couldn’t that tender pelmeni dough be used along with fresh salmon & leeks to make something special? I realize I have strayed a long way from the classic ear shaped pelmeni but the flavor is just as wonderful.

Like many recipes with folk origins, pierogi dough can be made in a variety of ways with some people using eggs & sour cream & others don’t. Making your own pierogis is actually an easier job than you might expect (just a little time consuming).

Like all ‘dumplings’, pierogis can pretty much do no wrong. They’re great as a side, as the main event or you guessed it ….. in a casserole or even dessert.

What makes it even better is that the filling possibilities are endless ….. the pierogi knows no boundaries!

Brion & I always enjoy a seafood meal. On a quest to come up with something different it occurred to me I had never put shrimp in a pierogi filling before. If it works in seafood lasagna why not a pierogis?!

Last summer I had posted a meal using a sun-dried tomato sauce. The once, incredibly popular, sun-dried tomatoes have become an underrated, ingredient that few people stock in their pantries anymore.

Sun-dried tomatoes are very versatile & can be used in unlimited ways, Because they’re dried, the flavors of the tomatoes are intensified. This sauce, with its bold & rich garlic & herb flavors was the perfect accompaniment for these shrimp pierogis. Definitely a keeper!

Despite having a fairly short history, Mexican fajitas are one of the most popular dishes in the world today. Apart from the fact that fajitas are incredibly tasty, they are actually very healthy not to mention the ease in cooking and assembling them.

As with many foods, time has changed the contents of the fajita and has evolved slightly from the original simplicity of the ranch worker’s dish, with different cuts of meat being chosen such as chicken or seafood. The vegetables have not changed as much as the meat, with peppers, onions & chilies still being predominant ingredients in the dish.

Probably, the most important thing when making fajitas is the marinade. It not only makes the ingredients incredibly tender but very flavorful.

Fajitas usually require some tortillas. While they are wonderful tasting, using zucchini noodles (or zoodles) as a base for the fajita chicken gives this meal an amazing flavor. Zucchini is perhaps the most popular choice for vegetable noodles. It’s long, thin shape makes it easy to spiralize and its neutral flavor allows it to pair well with almost any sauce or topping. This meal has such eye appeal along with a great taste.

Although rice takes top priority at our house, noodles (pasta) are always a staple nevertheless. Some years ago, we started using the ‘no yolks’ version of egg noodles.

Like many old world pasta products, there is a history. In 1976, Robert Strom created  NO YOLKS. They would become the world’s first                          no-cholesterol egg noodle. They are made with Durum wheat semolina, corn flour, egg whites and have no problem cooking up firm and fluffy.

In Canada, they are the top selling noodle and come in a wide variety of shapes and sizes. In this recipe, I have paired them with my favorite Chia Chicken Meatballs. Does it get more healthy than that?!