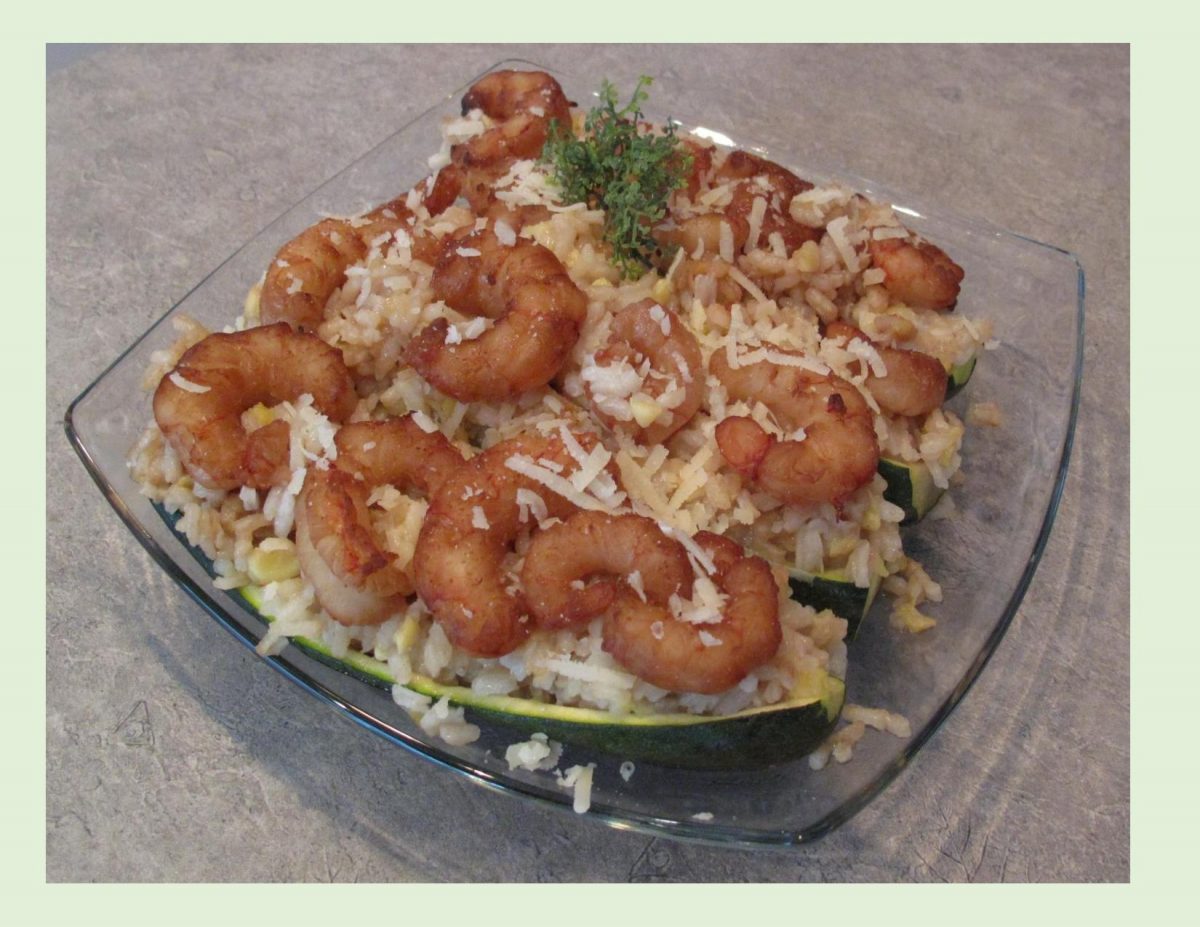 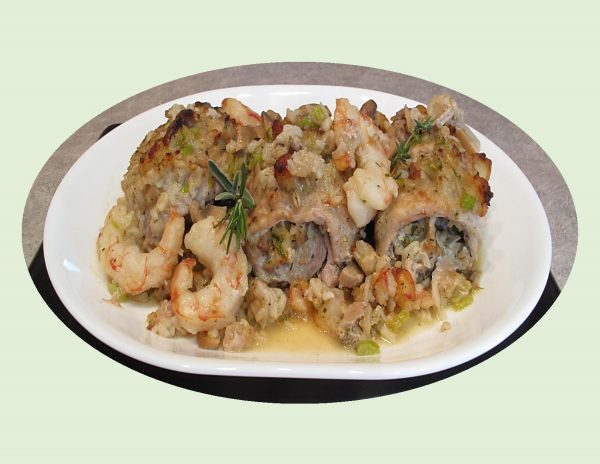 Comforting, creamy risotto is one of those dishes that isn’t difficult to prepare but it can be quite time consuming. I find it works best for me when I’m doing other things in the kitchen at the same time.

Risotto is typically made with arborio rice, but pearl barley is a good substitute; it produces a similar texture but with a nuttier taste.

Over the years, I have made various kinds of risotto. Brion is the eternal rice lover. He could eat rice everyday of the week. Even though his favorite is just plain white rice, I can’t resist adding risotto to the mix now and again.

As a rule, if you are using corn in risotto, it would probably be fresh. In February, ‘fresh’ is not happening in our part of the country yet. One of the most favorite canned vegetables in North America is corn. Personally, I love corn no matter if its canned, frozen or fresh. Without trying to sound like an advertisement, I found that Green Giant Steam Crisp was real nice for this recipe. It’s supposedly picked at its peak and then quickly steamed in the can to preserve as many vitamins and nutrients as possible. I added some bacon and mushrooms to give it some extra pizzazz!

Its already late August so BBQ’s and salads are in full swing. There’s just something about cooking food outdoors on the grill that we Canadians absolutely love. If your a true BBQ lover, it doesn’t matter if its a block away, you will still catch that glorious smell.

BBQ season is not only for meat eaters. Just about any vegetable as well as numerous desserts can be cooked on the grill. For me, I love seafood, fish & chicken, for Brion, I guess I would have to add a bit of pork and beef.

This meal is a nice combination of shrimp, Parmesan zucchini and pasta salad. I kept the pasta salad real simple since we already had a vegetable. To give it some extra pizzaz, I made a roasted red pepper sauce which the little orecchietti pasta cups nicely. Nothing fancy, just plain good!

Shrimp makes for a unique and elegant twist on a stuffed baked potato. For most part, a baked potato with a pat of butter and a little salt is just great on its own. But stuff them, with an assortment of savory ingredients such as shrimp, oysters or ground meat and it easily constitutes a whole meal.

I think my first encounter with this idea came when the Wendy’s restaurant chain introduced the  Stuffed Baked Potato  to their menu in 1983. Their original goal was to give the customer another choice or alternative to the same old ‘fries’. I think it retailed for 99 cents at the time. The one I remember having a couple of times was with the cheese sauce and fresh broccoli. It tasted great to me, not being a fried food lover.  Of course, since then the whole concept has been ratcheted up in both flavor and eye appeal.

For Canadians, barbecue season lasts until the first snow falls (sometimes even a bit after). This is a meal that can easily be cooked on the BBQ as well as in the oven and it is soooo– good!

Today, July 25th, is my sister Loretta’s birthday. I am truly grateful for having the privilege of Loretta in my life. More than family, she has always been a friend. Her support, encouragement and selfless love have always been a constant throughout my life. Loretta and her precious little Dachshund ‘Amigo’, have spent a lot of time over the years ‘house sitting’ for Brion and I so we could enjoy some holiday time.  Her own ‘personalized’ bedroom at our house is there any time they can come to visit.

Loretta shares our love of seafood, so I’m making a shrimp etouffee for supper. This year, we have the pleasure of Loretta & Amigo being here with us on this date, making the meal extra special.

The word etouffee means ‘smothered or braised’. Classic seafood etouffee consists of butter, flour for a roux, onion, celery, green pepper, garlic & salt. One constant always remains in any etouffee and that is that it served over a plate of hot rice. Etouffee starts with roux, the color tends to be warm brown and most often butter is used rather than oil. The sauce will benefit greatly from using a shrimp stock.

OUR FAMILY CELEBRATES YOU WITH LOVE ON YOUR SPECIAL DAY