If you like corn, chances are you are also a big fan of cornbread in its many interesting forms. I used to think that cornbread was so good it didn’t need anything extra thrown in the ‘mix’.

Cornbread appeals to all of our senses, a pop and sizzle as batter pours onto a hot griddle, the earthy fragrance that fills the kitchen when its baking. Then there’s the taste …. !! We love what makes us feel good, especially comfort foods that are warm, simple and delicious.

The beauty of cornbread is that it can take on so many different flavors. It can be sweet, savory or as spicy as you would like. Thanks to its simplicity, there are very few food items it wouldn’t pair with, so the limits to cornbread-based culinary creations are endless.

While this isn’t necessarily your classic cornbread it makes a very interesting meal served with a baked potato and some Parmesan zucchini fries. 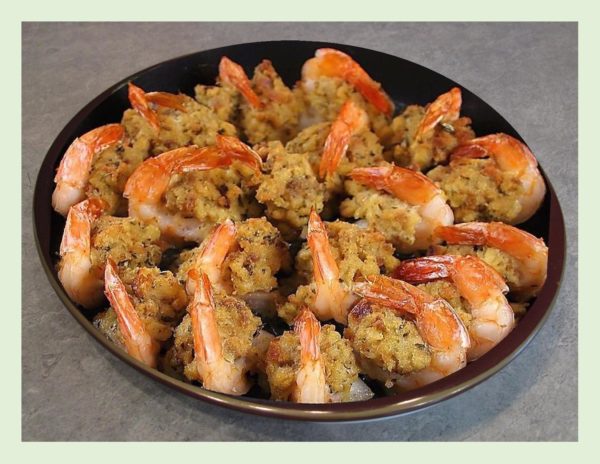 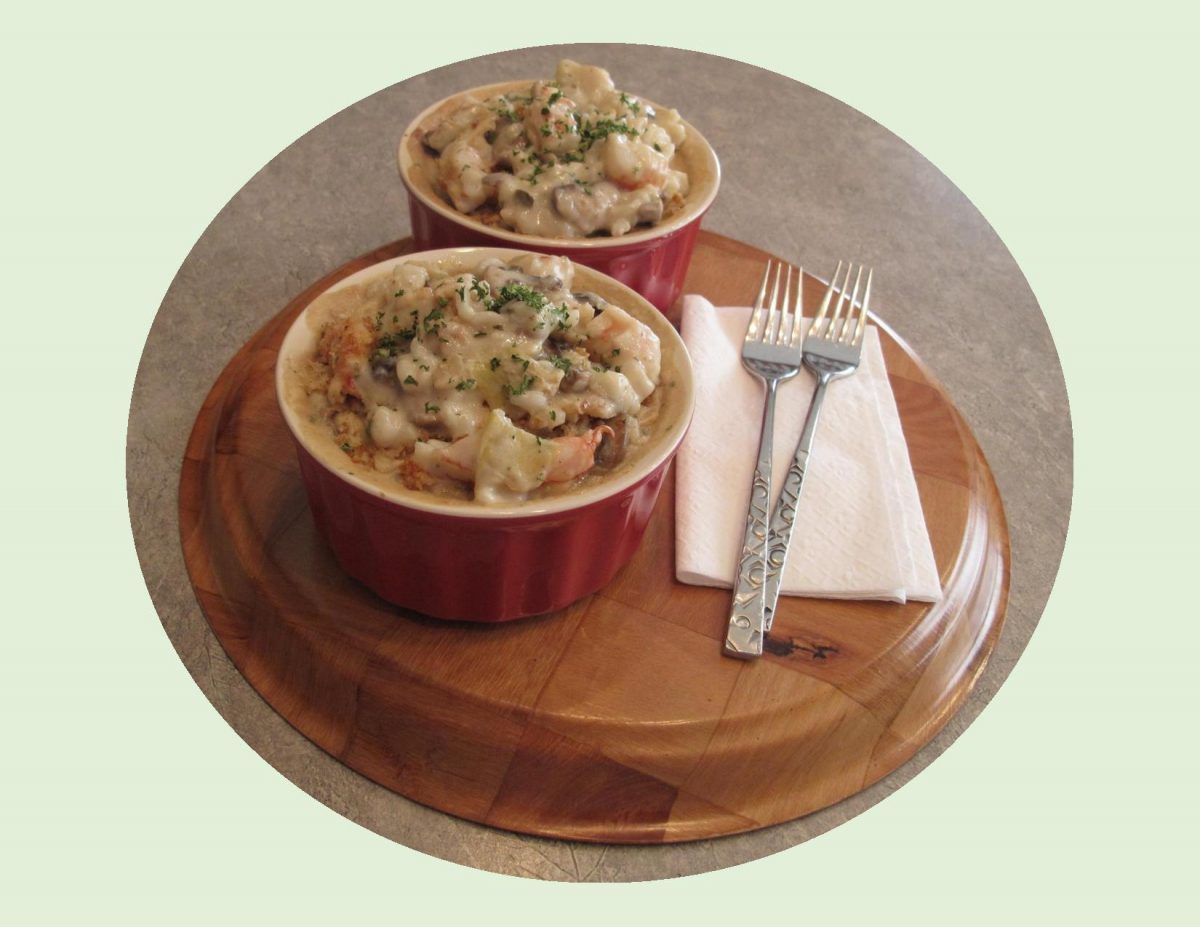 The art of casserole creation is a blend of inspiration and what’s on hand. The word casserole is used to refer both to an ovenproof baking dish as well as the baked, savory food item baked in it.

In North America, the Campbell’s Soup Company started publishing casserole recipes in the 1940’s as a way to promote sales for their cream soups. Casserole cooking goes back to slow-cooking dishes in earthenware containers. The ingredients are usually bound with some kind of sauce and often they are leftovers from a previous meal. It can be layered or all ingredients might be mixed together.

The height of the casserole era was during the 1950’s & 1960’s. This style of cooking was popular because it didn’t require a lot of constant watching and was hailed as the way forward for busy, efficient homemakers. By the 1970’s, quiche came to look down on the humble casserole.

Nevertheless, Brion and I really enjoy a casserole and this one ticks all the boxes for us.

From what I understand, the global dish called chicken parmigiana is a variation on the Italian entree known as eggplant parmigiana. Simply put, you deep fry eggplant, add cheese and tomato sauce and bake it. At some point in time, various regions in the world with large Italian immigrant populations, realized chicken would be an excellent alternative to the eggplant and chicken parmigiana evolved.

In America, the dish became popular around 1958. Often the name has been simplified to just ‘chicken parm‘. Usually composed of fried or breaded chicken fillets, smothered in mozzarella (or provolone), parmesan and tomato sauce all of which is then baked. Another version is using veal instead of chicken. Parmigiana is traditionally served over hot pasta as the main entree but it has also become a sandwich filling favored in subs, hoagies, etc.

In today’s recipe, I’m using parmesan cheese but omitting the mozzarella-tomato sauce. I wanted to accent the flavor with fresh basil in the sauce instead. We quite enjoyed it. 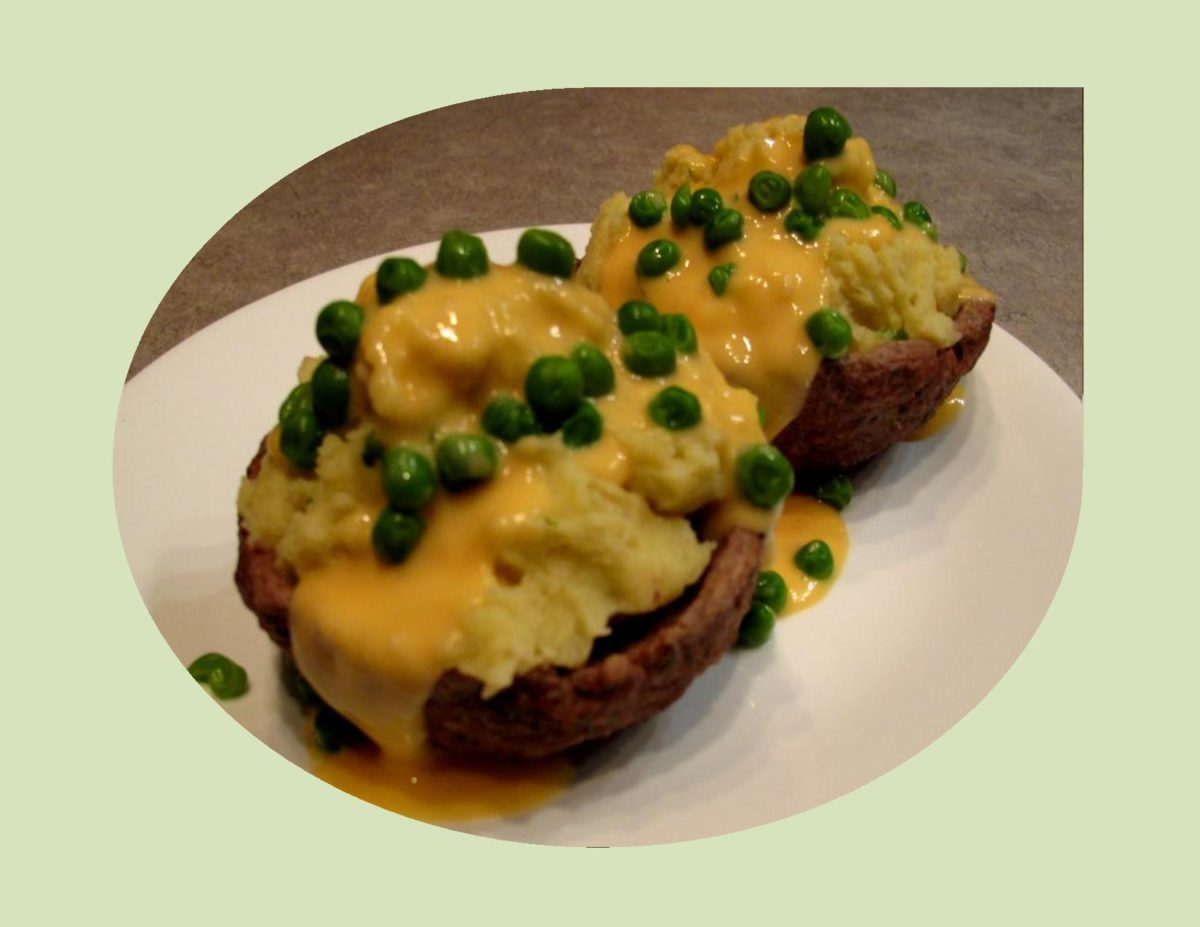 Having always had a passion for collecting recipes, I recall one of my mothers cupboard drawers being full of recipe pamphlets. I loved sifting through them to find a recipe I could make. Anyone who’s ever checked out the kitchen section of an antique store can attest, recipe pamphlets were once big business. Long before we had access to the internet, home brands like General Mills & Cuisinart regularly released pocket-sized magazines full of tips, recipes and instructions on their products. Glossy covers depicted the recipes inside, the price was right and they were easy to use. There was no reason to buy an expensive big cookbook when it was all here in a pamphlet form.

The Campbell Soup Company had its own kitchen dedicated to pumping out such pamphlets. In 1955, Dorcas Reilly, the recipe supervisor at the time, devised and tested the infamous ‘green bean casserole’ recipe. Her inspiration for the dish was to create a quick and easy recipe around two things most folks always had on hand in the 1950’s. They were green beans and Campbell’s cream of mushroom soup. Reilly’s recipe became immediately popular. This simple combination consisted of green beans, cream of mushroom soup, soy sauce, milk and french fried onions. The idea that it could be made ahead and reheated, made it perfect for holiday dinners. Even in the face of North America’s obsession with fresh, locally grown and artisan foods, its popularity continues.

Like with most iconic dishes, time brings changes and healthier upgrades or just different personal tastes. I’ve never been a fan of those french fried onions, so I opted for a crispy panko topping. Along with fresh green beans and mushrooms I’m using a bechamel sauce. It worked out quite nice.

From what archaeologists can determine, pita bread originated with peoples west of the Mediterranean. Pitas have been both a bread and a utensil throughout the Middle East and Eastern Mediterranean.It is a rather  simple bread that could be made with limited technology. Pitas are cooked quickly at a relatively high temperature. The flat dough expands dramatically to form an interior pocket from steam.

Pitas’ popularity is partially attributed to using the pocket like a sandwich bread. Many traditional cultures use the pita more like a soft taco or the pita is pulled apart into pieces and dipped in a variety of sauces.

The possibilities of being able to pack, dip or wrap whatever you choose in the pita bread is limitless. Their taste can only be appreciated when eating your pita with different foods that will compliment them.

Although pitas are enjoyed all through the year, they seem like an easy summer meal to enjoy. 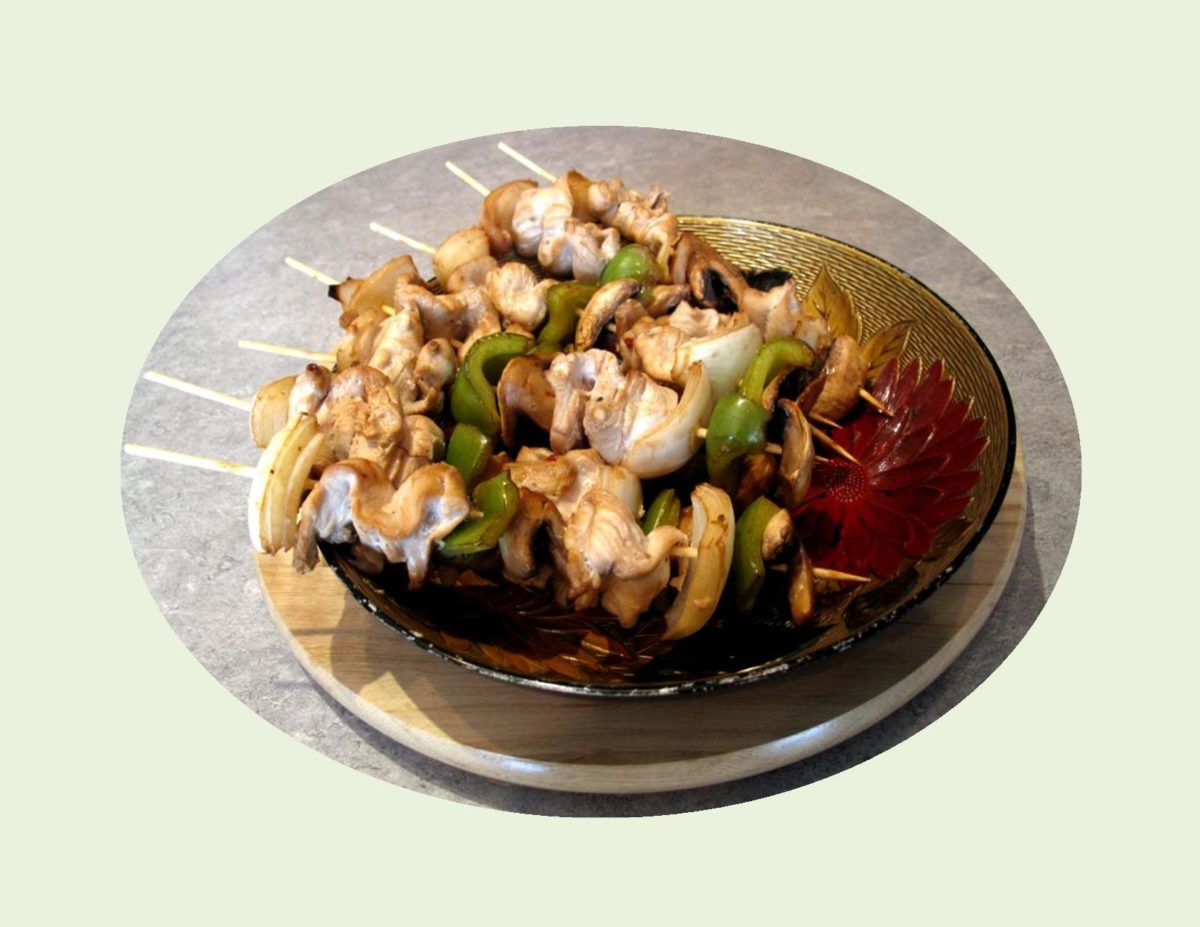 With the passage of time, Kebabs have managed to find a very significant place in modern day cuisines. Although kebabs have their roots in the Mediterranean and Middle East, they have been able to make their way around the world.

There is something special about warm weather and the smell of grill aromas saturating the air; it just seems to take food to a whole new level.

Tradition has it that kebabs were invented by medieval soldiers who used their swords to grill chunks of freshly hunted animals over open field fires. The word kebab means ‘fry’ but is also synonymous to ‘burning’. The first kebab dates back to 17th century BC, Greece. Akrotiri, a settlement on the Island of Santorini  was buried in volcanic ash which preserved the remains of many objects, etc. In 1967, the site was excavated and unearthed stone sets for barbecuing. The stones were carved to resemble long dog-like animals that would have slots for skewers to lay in. These were called ‘firedogs’.

The nice thing about this meal is that its simple and easy. I guess you could say ‘the pizza of the grill’. The picture at the end of the blog is a very common sight we saw in the streets of Ecuador. Brion and I were never brave enough to try them but it sure smelled good in the open air.

I am using chicken breast for my kebabs today. Nothing fancy, just good eating. Enjoy!

Its only March, so BBQ season is till a few months away. Some would claim that good ‘barbecued’ food can only come from the grill, not the oven. But what about during our winter months or times when you just don’t feel like firing up the grill or you’re out of propane? Let’s face it, nothing can replace a good outdoor barbecue, but..

The key to oven BBQ chicken is to start with bone-in pieces. Chicken leg quarters are fairly fatty in comparison to chicken breast so it takes a lot to dry a chicken leg out. Which brings me to a recipe I clipped from a newspaper back in 1970 for OVEN BARBECUED CHICKEN. The ingredient list is rather lengthy but all pretty common place items. Brion likes this meal served with roasted potatoes.

In the month of March our family celebrates three birthdays. Today, March 21st would have been my Dad’s. He passed away at the age of 92, 12 years ago. Our Dad was a man of discipline; love was closely associated with duty and commitment for him. He was confident in who he was and didn’t demonstrate any need to conform to what we might have wanted him to do. Everything he undertook was driven by his commitment to honor and provide for the family that he loved.

Print Recipe
Oven Barbecued Chicken
Just right for one of those 'meat & potatoes' kind of meals. 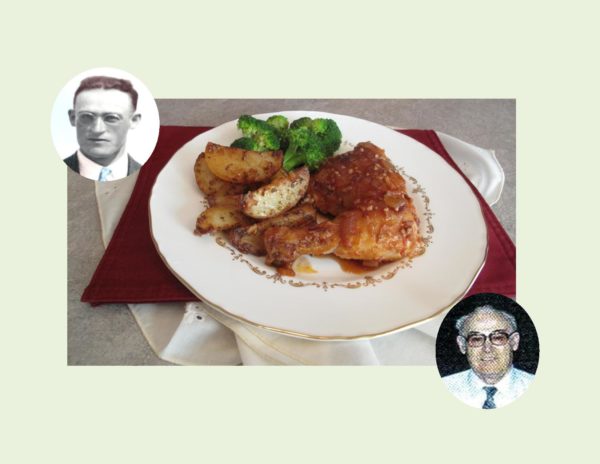