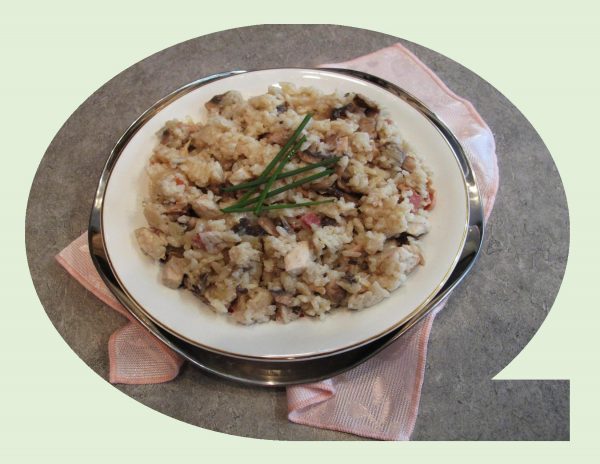 Pancakes for me, are not just a breakfast food. I could eat them at any time of day … hot or cold. Originally, pancakes were made from wheat flour, olive oil, honey and curdled milk. At one point in time, they were often flavored with rose water, various spices, sherry and apples.

The name ‘pancake’ became a standard name in the 19th century. Before that, they were often referenced as johnny cakes, journey cakes, buckwheat cakes, hoe cakes, griddle cakes and flapjacks. Most early North American pancakes were made with buckwheat or cornmeal.

Pancakes exist all throughout the world, but each culture has their own unique way of preparing them whether its for breakfast, lunch or dinner.

Avocado seems to be a trend that will ‘never’ die. This versatile fruit is found in guacamole, on toast, stuffed with fillings, etc., etc. Since I’m a lover of all things avocado, why not put them in pancakes?!

Finding a ripe avocado at the supermarket is hit and miss most of the time. Here’s a suggestion I hope you find helpful. Because ripe bananas or apples release a lot of ethylene, the hormone that triggers ripening in mature fruit, place one in a closed paper bag with your under ripe avocados and it will speed up the process.

It probably seems odd that I would post this meal today instead of around St. Patrick’s Day. The truth of the matter is, corned beef is really not an Irish classic as most would think. So for us, it’s just a case of enjoying corned beef in a pot pie.

You cook this dish the same way you would cook chicken pot pie. Instead of roasting the corned beef myself, I picked some up at the deli counter. I had them slice it about 1/4″ thick then I cut it into small cubes. Logic would tell you that a ‘beef’ pie needs beef gravy, but corned beef is different. I used chicken broth in the white sauce, which is delicate enough to allow the flavor of the corned beef to come through nicely.

There is often debate whether pot pies should have one or two crusts. For me, its just whatever appeals to me when I’m making some. Today, since I’m using frozen puff pastry, I went with just a top crust. Draped over them, gave such a rustic look … just for the sake of eye appeal.

This is a spring version of summertime fresh blueberry tarts. Even though we are a long way from blueberry season, nothing wrong with using some frozen ones. At our house we use a lot of lemons which means there are always lemon peels available. Candied lemon peel is an excellent way of using up the flavorful but not as tasty peel.

Candied or crystallized fruit, has been around since the 14th century as a method of food preservation. It seems to have started out in the Arab culture, being served at banquets. Candied fruit as a whole, would reach the west where they became the key part of some of the most well known cakes and breads of European tradition, such as Italian Panettone and German Stollen.

Candied lemon peels are a very versatile ingredient. Chopped up, they can be used in baked goods for a lemony flavor boost, whereas whole strips can be dipped in chocolate and used as an edible gift.

For my blueberry tarts, I thought some candied lemon curls would make a pretty garnish not to mention the additional flavor they give. 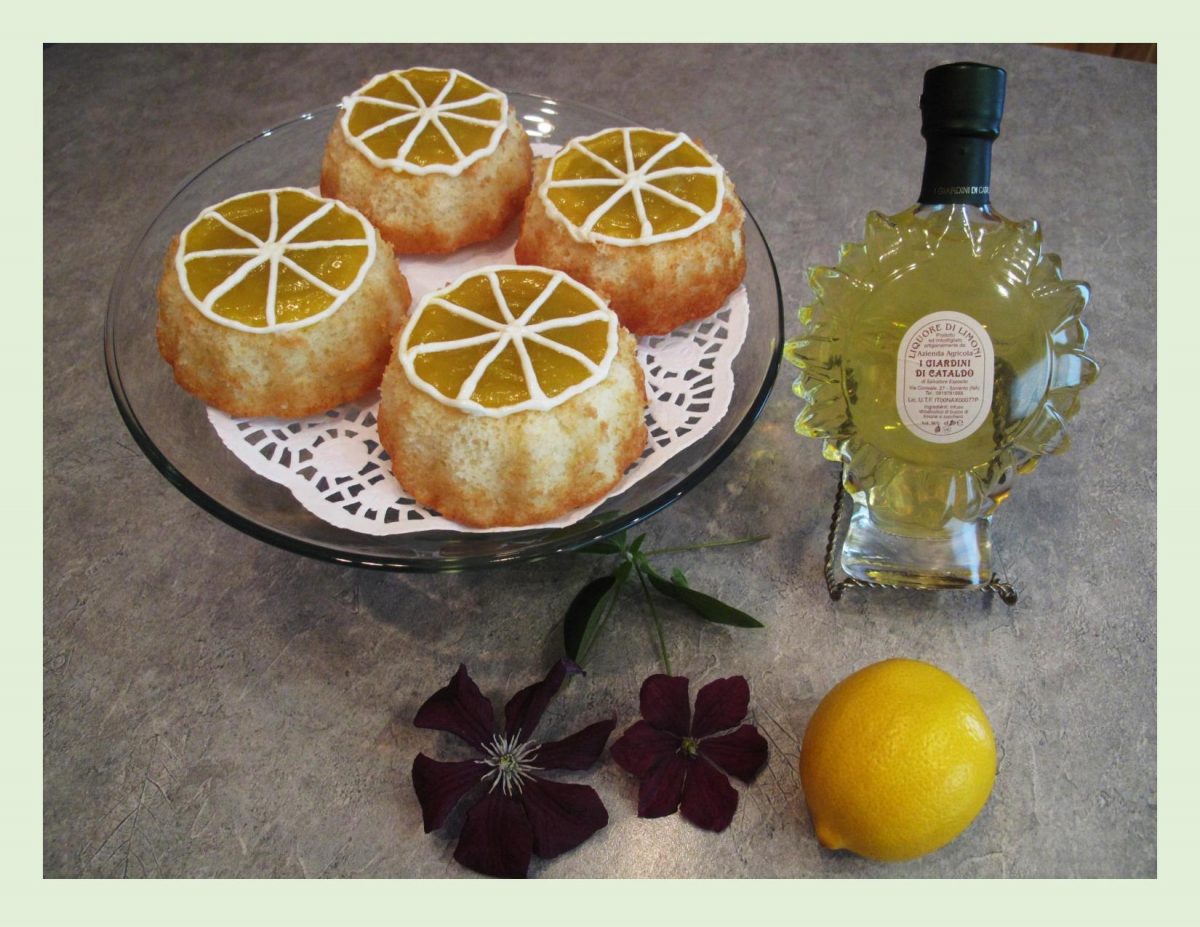 Nothing says spring more than the zesty, fresh flavor of lemons. Just to kick it up a notch, I decided to make some limoncello desserts.

Limoncello, (pronounced lee-mon-CHAY-low) the Italian lemon liqueur, is known for its refreshing sweet and tangy flavor. It is made from lemon rinds, alcohol and sugar. Although, traditionally served as an after dinner drink, it is a wonderful ingredient to use in cooking and baking.

Limoncello origins are disputed. Some say it was created by monks or nuns while others credit the wealthy Amalfi Coast families or even local townsfolk. In any case, its roots are in Southern Italy, primarily along Italy’s Amalfi Coast and the Sorrentine Peninsula known for their meticulous lemon cultivation. These lemons are considered the finest lemons for making limoncello. Prized for their yellow rinds, intense fragrance, juicy flesh and balanced acid.

Some years ago, while travelling in Italy, Brion & I tasted athentic limoncello in the town of Sorrento. As we walked through the quaint artisan shops packed together onto a maze of medieval alleys, we came accross one that sold liqueurs & confectionery. One of the treats that they made were limoncello sugar coated almonds … to die for!

Today’s little cakes use limoncello not only in the cake but the frosting and glaze as well. Definitely gives them some spring zing!

One of the more interesting aspects of cooking is combining flavors to create something unique. Case in point would be meat and fruit. Some of the classic pairings such as turkey with cranberry sauce or lemon chicken are delicious, yet the idea of using both fruit and meat in the same dish is undoubtedly a little controversial. Nevertheless, these flavor companions with their sweet and salty relationship does work.

Pork for one, pairs well with an endless array of fruits. Pork comes in many forms so it gives us the opportunity to find the perfect combination.

In mid November, I had tried using some quince paste in some pastries. We quite enjoyed them so today I want to do the meat/fruit thing using the paste in a different context.

To make quince paste, the fruit is cooked in water and the strained pulp is then cooked with sugar. It turns red after a long cooking time and forms a relatively firm jelly. The taste is sweet but slightly astringent. Quince paste is usually sold in squares and is served by cutting it into thin slices to accompany cheese. It can also be served on crackers, spread on toast, used in baking or as a glaze for roasted meats.

With a fragrance that hints of vanilla, musk, pineapple and lemon blossom, quince deserves a little culinary exploration. Even if they are not a fresh fruit that is seen readily in our part of the country, I do think its worth enjoying some in ‘paste’ form.