Apple season is upon us, so its a good time to make some of those ‘homey’ kind of desserts. During the summer we have an endless array of fresh fruit available in the grocery stores. Apples are often taken for granted because their kind of a staple fruit you could say. We have countless varieties to choose from for fresh eating or cooking. One that is well known is called the Granny Smith apple. Its acidity and strong flavor makes it a frequent choice for both baking and fresh eating. Consistently rated among the top ten apples in popularity, its hard to believe it wasn’t part of the North American experience until the 1970’s.

It turns out there really was a ‘Granny Smith’. As the story goes, Maria Ann (Granny) Smith was cooking with French crab apples and discarded the remains in a compost pile near a creek flowing behind her farmhouse outside Sydney, Australia. From the pile sprouted a seedling unlike any apple she had ever encountered. She was so taken with its bright flavor and versatility, she decided to propagate the trees herself.

In the season from September through November, Granny Smith apples have become a staple of fall baking. Used extensively in seasonal pies, cakes, cobblers and crisps, it all began with a happy accident discovered by its namesake halfway around the world. 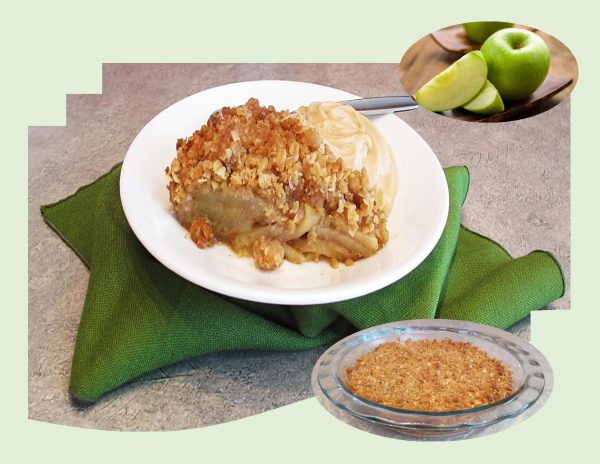