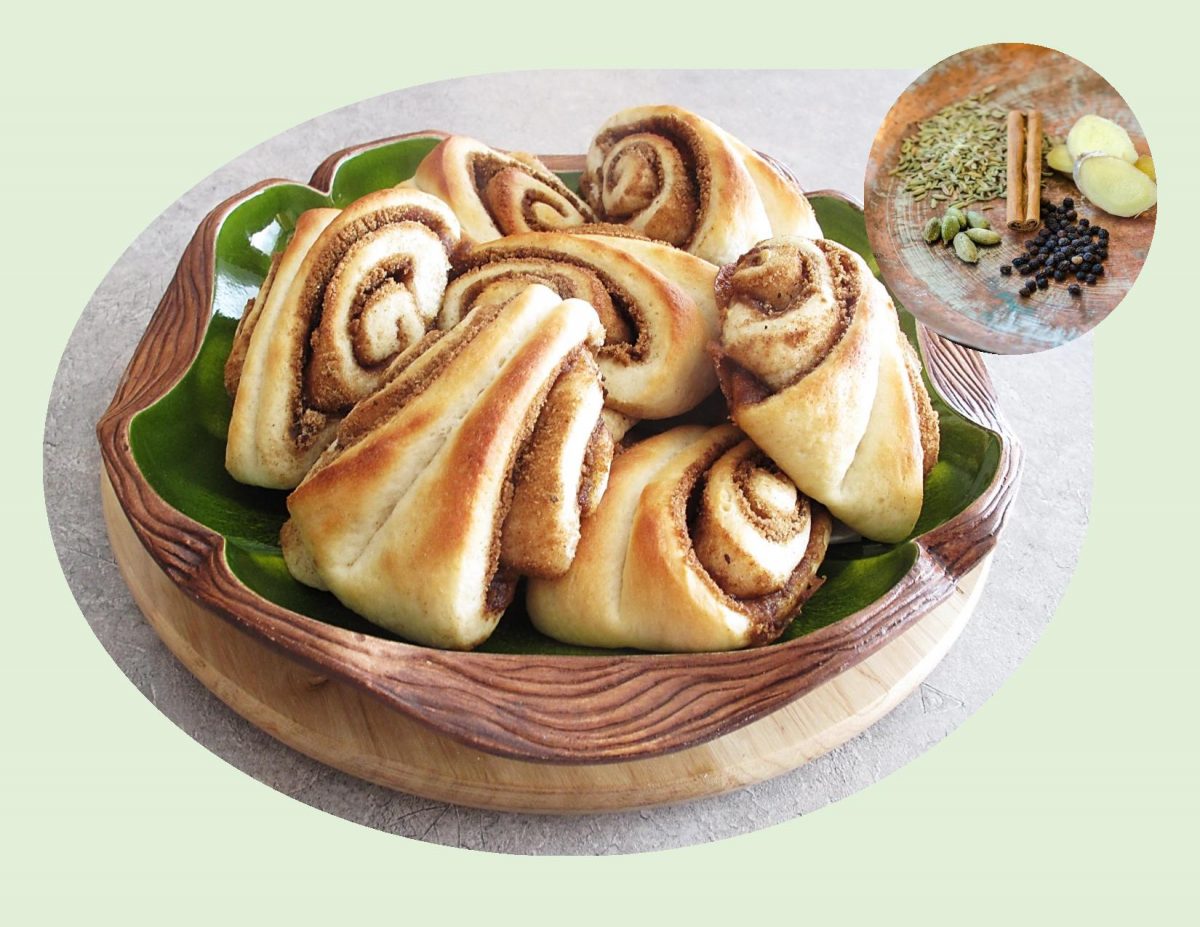 Its the fall season, so bring on the chai flavored recipes! Fall can encompass many different flavors including apple, pumpkin, maple, cranberry and ginger just to name a few. To me, baked goods and chai spices are a no-brainer. Traditionally, chai is made into a tea which consists of milk, spices, sweetener and black tea. Chai spices can be used for so much more than just tea. Once you make your basic chai spice recipe, there are so many different ways to utilize it.

Chai can include a number of different spices. Cardamom is the most common ingredient, followed by some mixture of cinnamon, ginger, star anise and cloves. Pepper and coriander, nutmeg and fennel are also used but they are slightly less common.

In the winter of 2011, Brion & I traveled to Turkey for a month. That trip we were meeting up with a Trafalgar tour group in Istanbul. Arriving a day early gave us time to ‘snoop’ around a bit. Next to our hotel was a Starbucks, so we went in. When Brion ordered my coffee, they gave me a ‘Pumpkin Spice Chai Latte’ by mistake. The flavor was so incredible, I have been addicted to it ever since.

A stay in Istanbul would not be complete without a traditional and unforgettable boat excursion up the Bosphorus, that winding strait that separates Europe and Asia. Its shores are a mixture of past and present, grand splendor and simple beauty. Modern hotels stand next to shore-front wooden villas, marble palaces in contrast to rustic stone fortresses and elegant compounds neighbor small fishing villages. Since Turkey actually straddles two separate continents, its culture features strong elements and traditions from both east and west. At that point in time we found Turkey a relaxed country to travel in which made our time there very enjoyable.

This bread is literally like the food version of your favorite chai drink.

A wide variety of fruit has be used to make pie, from crisp apples to juicy berries or tender stone fruit. Tropical fruit, not as commonly used, can make amazing additions to pie filling creations. One such combo is papaya and mango.

Once considered exotic, papaya can now be purchased pretty much throughout the year. A very versatile fruit which contains enzymes that help in tenderizing meat as well as using it in salads, puddings, yogurt, chutney etc. For the sweetest flavor, select a papaya with a yellowish-orange skin that yields to the touch. Green papaya can be peeled like a carrot. It is similar to winter squash and can be baked or barbecued in the same fashion.

Mangoes have a rich sweetness with an aromatic floral note that isn’t present in many other fruits. As well as holding their shape during baking, mangoes become extremely tender, which makes them an excellent choice for pie filling.

Regardless of what type of pie your eating, the general consensus is that it should have a base made of some kind of pastry. When people first began cooking food in ovens there was little to protect the filling from searing heat. As a result, juices would fizzle out and everything would burn rather quickly. As a solution, dough was used to protect the filling. The dough or pastry absorbed the juices, making the entire case and filling a dish in itself. Since then, many complex forms and fillings have evolved in the world of pie making.

My objective today, was to create a ‘tropical’ pie. I had picked up a papaya as well as a couple of pears on my last shopping trip. I already had some mango chunks in the freezer. I thought pears would compliment the papaya and mango well. Between the fruit and spice combos, the flavor was just incredible. I think I ‘nailed it’!