The customization of pizza crust has undoubtedly been one of the biggest innovations in the (pizza) industry. The crust you choose to make helps to dictate taste, texture, thickness and your selection of toppings.

Pizza has taken on many different forms since its original inception — especially when it comes to the crust. For example:

Thin Crust is characterized by its light, slightly crispy texture. This is the perfect crust for those who want an authentic Italian pizza.

Thick Crust is characterized by its buttery, pan fried taste and texture on the outside, with a soft chewy center.

Flatbread Crust – health conscious people feel less guilty about eating this pizza because it isn’t as filling as other crust types.

Focaccia is a thick, ‘bready’ dough infused with herbs and brushed with olive oil before baking, then covered with cheeses, herbs and spices and minimal toppings.

There are endless ways you can create a custom crust for your pizza. Such as using pita bread, English muffins, rice cakes, tortillas, potato slices or chips. I experimented with making a yeast crust with mashed potatoes and sour cream in it. Without trying to sound boastful, it was probably the best pizza crust I had ever made to date. I think I nailed it! 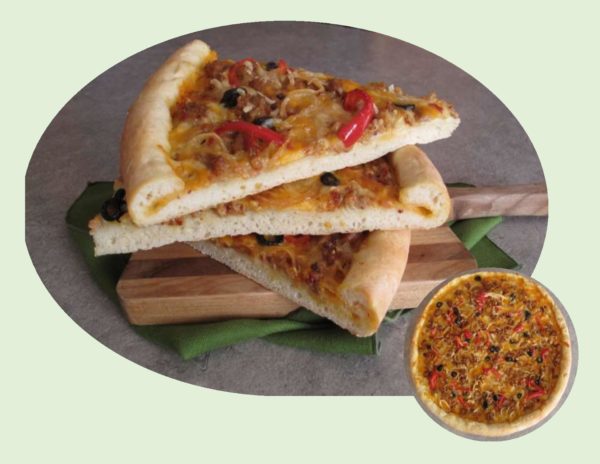