Although St. Patrick’s Day started out as a religious feast holiday, celebrating the life of St Patrick, it has become kind of a mixture of non-religious celebrations steeped in Irish culture, folklore and superstition.

Each year on March 17th, we break out every piece of green clothing and jewelry, dye food green etc. … not quite the way it was celebrated in the 7th century. Green wasn’t even part of the equation. The original color associated with St. Patrick’s day was actually blue. One of the reason’s green replaced blue was because of Ireland’s nickname, The Emerald Isle.

For my food tribute to acknowledge St. Patrick’s day, I’m making some Bailey’s Irish Cream cheesecakes. This iconic liqueur came about when R & A Bailey found a way of bringing together the two great Irish traditions of distilling and dairy farming. Launched in 1975, Bailey’s Irish Cream can best be described as moderately sweet with roasted nut, maple sugar, spice and fig aromas. The liqueur is not only enjoyed on the rocks, in coffee or in cocktails but as a topping or baking ingredient.

For most of us our taste in desserts has evolved from our childhood days. I really don’t recall my mother ever making the classic rice krispie treats — you know the one — chewy, crunchy, marshmallowy! Since she was someone who loved to bake and cook, desserts were the ‘norm’. My dad loved meat, potatoes and sweets, which was all fine being a hard working farmer. It all balanced out, but for us kids, inheriting that love of sweets hasn’t always been a good thing. Nevertheless, like I mentioned, our tastes do evolve.

Quite a few years back, I made a version of rice krispie bars which were called ‘sinless snack bars’. They not only used rice krispies and marshmallows but some more ‘healthy’ ingredients such as flax and pumpkin seeds along with some dried cranberries.

We all know, it wouldn’t be summer without having cheesecake so I’m thinking why not incorporate these two favorites into one. Then take it just a step further and top it with a tropical flavor. I think, this version bridges the gap between a nostalgic childhood treat to an adult indulgence. You be the judge! 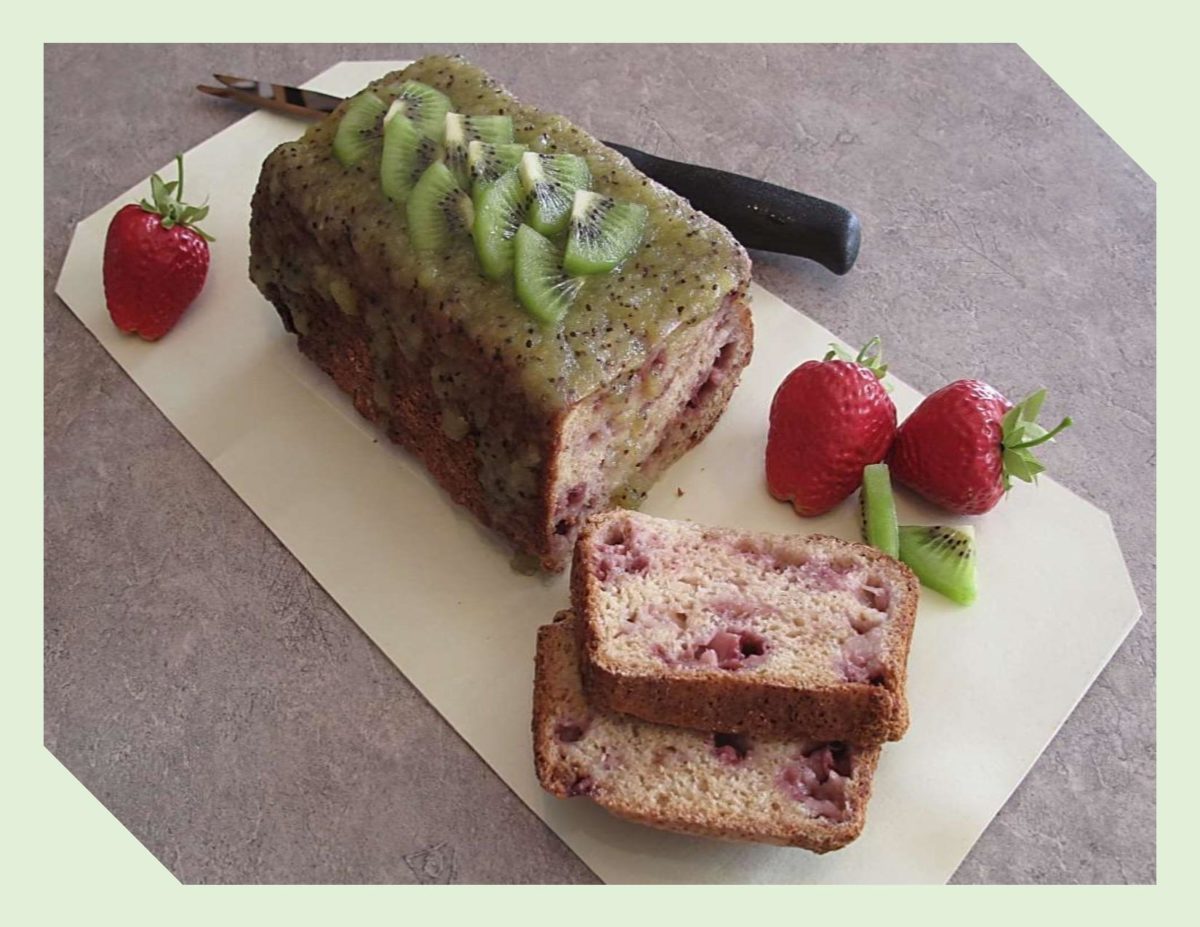 I have always enjoyed making (and eating) tea breads. They can come in all sizes and even though they are called bread, for most part, I’d say they are cake.

Tea breads are part of the quick bread genre. They are considered quick because they don’t require kneading or rising time. Instead of yeast, usually baking powder or baking soda or a combination of both are used as a leavening agent.

Afternoon tea, the quintessential English custom, was introduced in England by a Duchess in the year 1840. The evening meal in her household was served fashionably late at 8 PM, thus leaving a long period of time between lunch and dinner (supper). The Duchess asked that a tray of tea, bread/butter and cake be brought to her room during the late afternoon. This pause for tea became a fashionable social event. Upper class and society women would change into long gowns, gloves and hats for their afternoon tea which was usually served in the drawing room between four and five PM.

This tea loaf, pairs sweet, ripe strawberries with the bright, clean flavor of lemon zest and is topped off with a tangy kiwi glaze. A match made in food heaven.