Do you recall the Monte Cristo sandwiches of ‘yesteryear’? There was a time when you could find this sandwich on most restaurant lunch menus across North America. Basically, its ham and cheese sandwiched between two pieces of french toast, smothered in egg batter, deep fried, sprinkled with powdered sugar and dipped in a side of jelly. It’s where salty meets sweet and savory.

This sandwich, although delicious, is neither health or diet food but sometimes its fun to just enjoy these kind of things in moderation, of course.

This ‘lasagna‘ turned out to be real tasty. It kind of puts a new spin on an old classic. Instead of french toast, the ham and cheese are layered in between a baked cauliflower mixture that resembles slices of bread or lasagna noodles. Serve with cauliflower sauce or a sauce of your own choice.

I think it would be safe to say that turkey still rules the day as the most traditional centerpiece for the Canadian Christmas dinner. Canada is a country with a very diverse background, so we enjoy a mix of cuisines and traditions from all over the world. Although that festive foul remains the center focus, other dishes on the table are undoubtedly reflecting how Canadian tastes are changing.

The fact that people are travelling more, our knowledge of food has expanded dramatically. Its all about flavor now, which has led us to more exotic spices and ingredients. We have become much more sophisticated in our approach to preparing food.

Other changes at the holiday table are a result of the large numbers of people who have opted to become vegetarian or people by choice or health reasons need gluten-free dishes. If you are preparing your holiday meal around these different ways of eating or requirements, it will mean being more thoughtful about what you prepare.

Another noticeable shift has come with the desserts served after the big meal. The days are gone, for most part, for the traditional, heavier desserts. These choices used to consist of mincemeat pies, steamed puddings or fruitcake to name a few. The trend now is leaning more to lighter, fruity and creamy flavors such as lemon.

The big thing is, no matter what your meal entails, enjoy it to the fullest as this time, day and year will never come again. Once again, we opted to have stuffed turkey breast instead of roasting the whole bird. The ‘seeded’ crust added a new dimension that we really enjoyed.

Can you believe it — Labor Day Weekend already! In our part of the world it signals the last of those coveted summer days. Celebrated in Canada as a national statuary holiday week-end. With the many picnics, gatherings and what have you, this specialty sandwich came to mind.

The ‘pan bagnat’ originated in Nice, a city in the south of France that borders the Mediterranean. The name translates to ‘wet bread’ due to the fact that the traditional sandwich is filled with a ‘Nicoise’ salad. This salad generally consists of leafy greens, olives, hard cooked eggs, with the main proteins being tuna fish and anchovies. It is then dressed with a Dijon vinaigrette.

Although it is typically a French sandwich, it is enjoyed by people all over the world. Overtime, many variations to the classic pan bagnat have been made. For those not fond of fish, ham, chicken and salami are good alternatives. For the vegetarian, artichoke hearts, raw peppers, steamed green beans and shallots. The bread used is usually a round, hearty artisian style bread so that the texture is both crusty and chewy.

To make the sandwich, the center of the loaf is scooped out and the filling is layered inside. It is then refrigerated for at least 2 hours or overnight before slicing and serving. Once the flavors all meld together the taste is incredible, the perfect sandwich for a crowd. 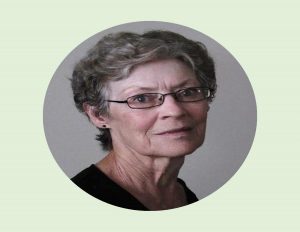